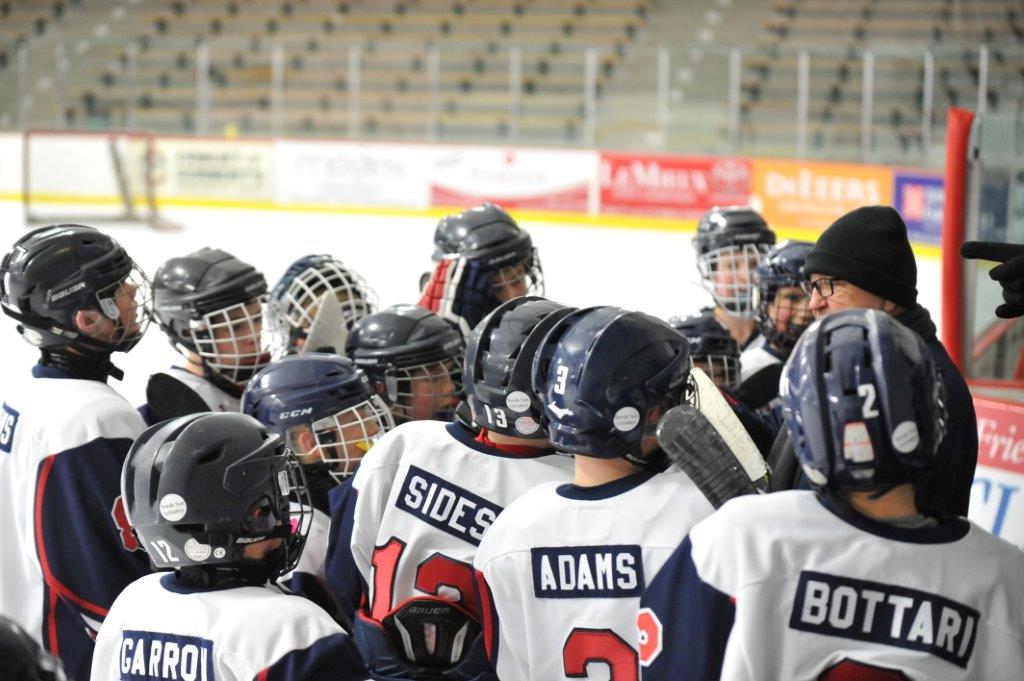 This is going to be a little different (and literal) than your average “Team TriMedia” post. We are lucky to sponsor the U12 TriMedia Peewee AA hockey team – and they are having an outstanding season so far. We reached out to the kids’ coaches to get the story behind the team.

Here’s what their manager, Jeff Nemacheck, and head coach, Mike L’Huillier, had to say about their team:

“This group of kids have been playing together since they were 6-7 years old, playing on travel teams since they were 8-9.  They are a great group of kids, they have grown up together, play together outside of hockey, hang out and skate together in the summers.  They are now 12 years old, which is the age they really start to grow.  Their size and strength has really helped in the team’s success. 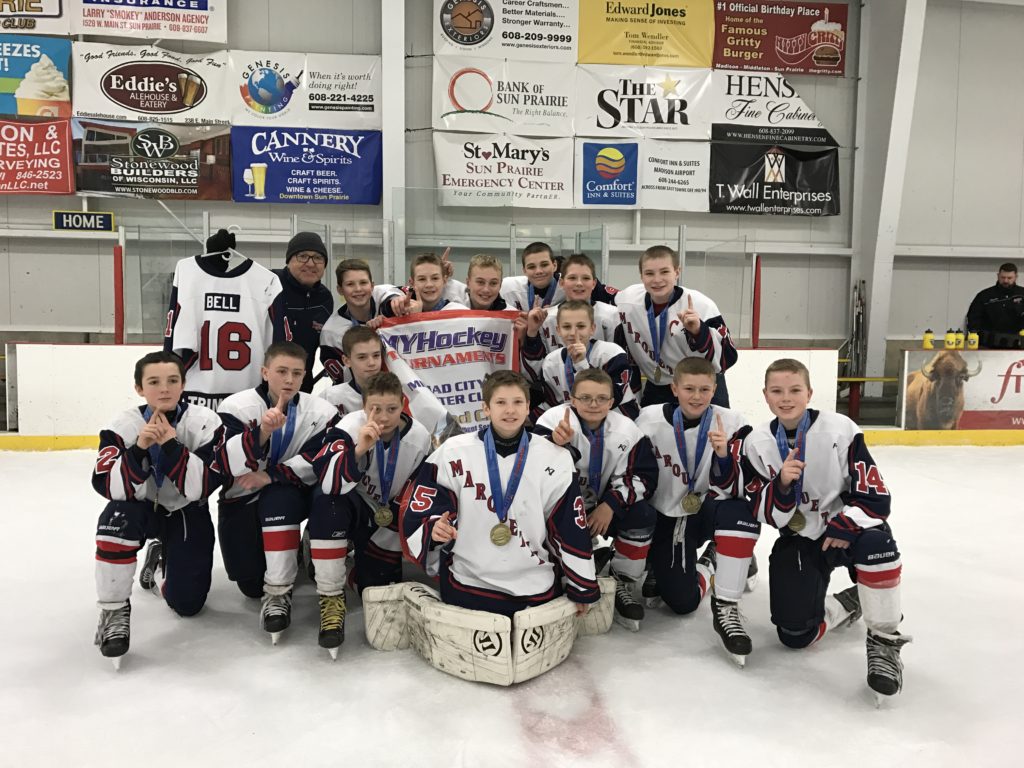 While most teams we play seem to have a stand out player or two, our group works together as a team and bring three full lines of speed and strength. They are relentless against other teams.  Several times this year I have had other coaches and even referees comment on how the entire team is a true force.

After a 2-hour practice earlier this season, nearly the entire team went to the outdoor rink in Marquette near Snowberry Heights and played against a team of 25+ year-olds.  As I watched for a bit, one of the players on the older team asked if I had my skates because the 12 year-olds were killing them.  ‘They’re like bees out there!  They’re everywhere!’

30 games into the season we were undefeated.  We had won every game in our league.  We played in a tournament in Green Bay and Traverse City, winning both and going undefeated again.

At the end of November, our team was hit with some devastating news. One of our teammates, Caleb Bell, was diagnosed with Non-Hodgkins lymphoma. At 12 years old, it was tough for all the kids.  As coaches and parents of kids on the team, it was tough for everyone.  Our Head Coach, Mike L’Huillier, lead the team in prayer in the locker room and out on the ice during practices. Caleb is on everyone’s mind all the time.

With #16 stickers on their helmets, buzz cut haircuts, the #16 jersey hanging behind the bench at every game and knowing that Caleb was watching on Facebook Live from a hospital room, the kids went out and kept winning.

We lost one game 0-1 against Traverse City in January as they scored with a few seconds left to go in the game, but a few hours later that day we beat them 2-0.

Continuing their winning ways in a tournament in Madison, Wisconsin, the team beat the defending State Champions (Trenton, Michigan) twice in 3 days to go undefeated in the tournament and take home the championship trophy.

Today the team is gearing up for a trip through central Wisconsin.  Next weekend we’re headed to Calumet for our District playoffs then Sault Ste. Marie for League playoffs.  Our next home games are the weekend of March 4-6 where the TriMedia 12U AA team is hosting the State Playoffs. It’s a great honor.

Winning the State Playoffs was our goal from the beginning of the year.  We hope we can get Caleb that trophy.”

All of us from TriMedia would like to wish the team the best of luck with the rest of their season. To learn more about the team, you can visit their website.

To donate to Caleb Bell and his family, you can visit their page on YouCaring.