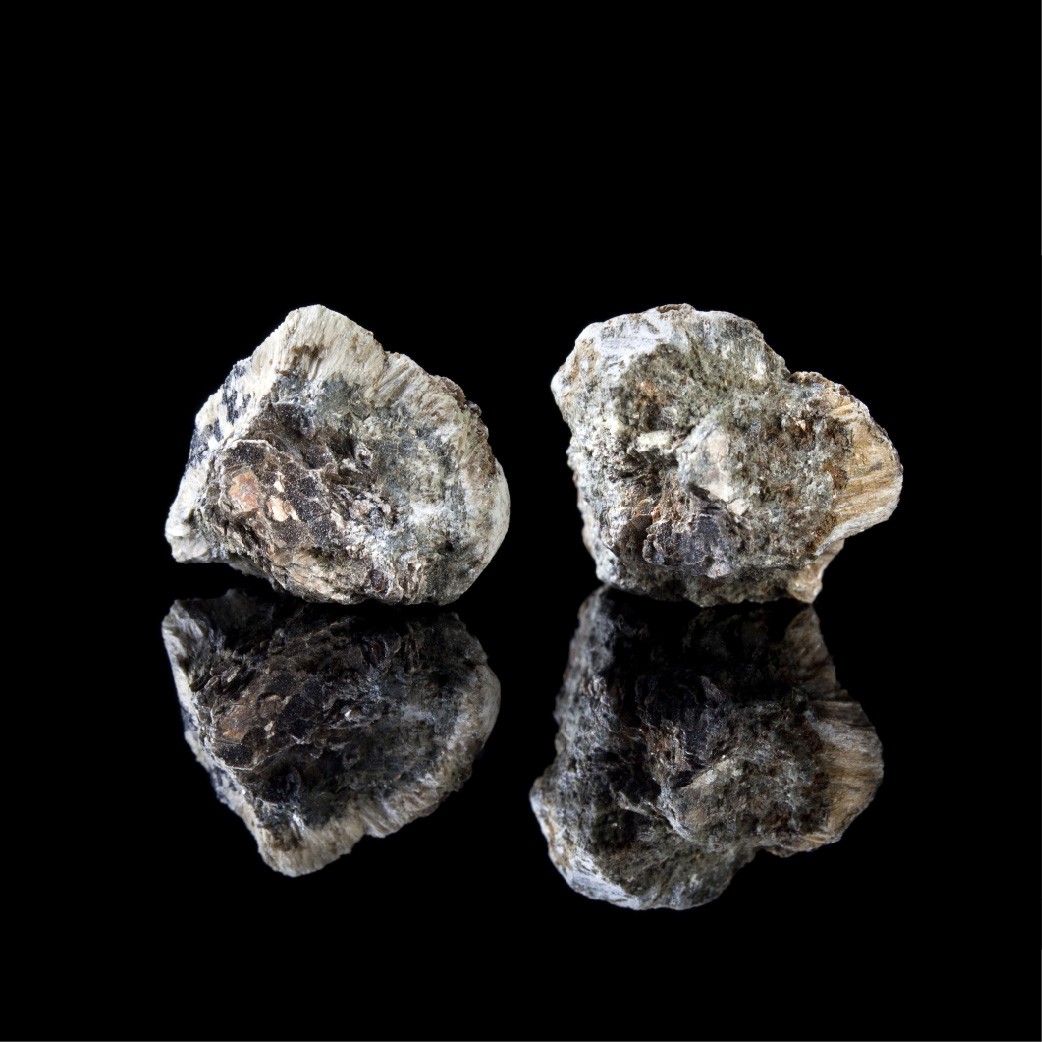 Asbestos: even just the slightest murmur of the word may have your mind sounding an alarm. While it is important to understand the risks of prolonged asbestos exposure, it is also worth gaining some background knowledge regarding what it is exactly, as its characteristics deviate from many other known carcinogens.

Asbestos is not a singular entity; the word actually refers to a group of six naturally occurring fibrous minerals that are found around the globe, namely in the United States, South Africa, Canada, and corners of the former Soviet Union. Many times, each different type is characterized by its own unique color and physical structure, but all of them possess chemical properties that make them incredibly robust and resistant to heat, fire, and a myriad of chemical reactions. There are two classes that each type falls under; serpentine and amphibole. The main difference between the two classes lies in the structure of their fibers.

Physical Characteristics: “White asbestos,” or chrysotile, is the only type of the six that belongs to the serpentine class. Fibers in chrysotile asbestos curl and wrap around each other, which differentiates it from the other types of asbestos belonging to the amphibole family and make it more flexible.

Geographic Location: Deposits of chrysotile can be found around the globe and is still mined in places including Quebec, Russia, and Italy

Common Applications: Chrysotile is the most commonly applied type of asbestos by an exceptional margin. Upward of 90% of the asbestos found in building materials in the United States is of the chrysotile variety and is still used today in some materials around the world. Considering the flexibility and durability of the fibers it has a wide range of applicability in both the past and present, including but not limited to cement, roofing materials, brake linings, home appliances, and even protective clothing.

Physical Characteristics: Amosite, or “brown asbestos,” is characterized by sharp, needle-like fibers that are easily friable, and when airborne, can be easily inhaled. Its color is due to the presence of iron and magnesium.

Common Applications: At one point, amosite was found in about 5% of asbestos-containing materials in the United States, making it the second most common. It was most often used in insulation materials and ceiling tiles.

Physical Characteristics: Under a microscope, crocidolite asbestos fibers have a blue or gray appearance and can present themselves as either translucent or nearly opaque. While this type of asbestos still has the needle-like fibers of amphiboles, they are still soft and flexible enough to bend up to 90 degrees before breaking. However, fibers in crocidolite asbestos are so thin (about the diameter of one strand of hair) that they can be easily inhaled and lodged in the lungs when airborne.

Geographic Location: Crocidolite, the fibrous form of riebeckite (a sodium-rich silicate mineral part of the amphibole class), was mined in South Africa, Bolivia, and Western Australia.

Common Applications: Blue asbestos is considerably less resistant to heat and fire than some of the other types, so was not used in nearly as many commercial and industrial products as, say, chrysotile. It was occasionally used in asbestos-cement production.

Physical Characteristics: Depending on the level of magnesium found in this silicate mineral, the color of tremolite asbestos can be anywhere from a lush white to deep green color. Like the other forms of asbestos belonging to the amphibole family, tremolite fibers are sharp and needle-like.

Geographic Location: Tremolite asbestos is rarely mined on its own, but can be found as a contaminant of other naturally occurring minerals such as talc and vermiculite, as well as some chrysotile deposits. Vermiculite mines can be found around the world; Russia, South Africa, China, and Brazil all possess operating mines. Most famously in the United States, the town of Libby, Montana had a vermiculite mining operation that was contaminated with tremolite asbestos. Talc is also a common metamorphic mineral that is mined around the globe, but strict quality control keeps asbestos contamination of talc at bay.

Common Applications: Rarely used on its own, tremolite asbestos can be found in traces in vermiculite products such as stucco, plasterboard, fireproofing materials, and many more construction products. As of 1973, the United States requires that all commercial talcum products, including chalk, paint, and cosmetics, be asbestos-free.

Physical Characteristics: Actinolite is very similar to tremolite in terms of physicality, as it also presents the sharp fiber structure. Colors can range from white, gray, brown, or green.

Geographic Location: Actinolite is fairly rare, but was once mined in Australia.

Common Applications: Typically, actinolite is usually only applied in conjunction with other materials, such as vermiculite. The combination of the two made for a durable, light-weight material. Actinolite can be found in older building materials such as paints, drywall, and insulation, but has been strictly regulated since the 1970’s.

Physical Characteristics: The long, sharp fibers that make up anthophyllite asbestos are brown or yellow in color.

Geographic Location: Evidence shows anthophyllite contamination in some talc mines across the world. More specifically to the United States, it can be found in Pennsylvania, New Hampshire, Massachusetts, North Carolina, and Montana.

Common Applications: Since anthophyllite is generally rare, it never gained popularity as a material for industrial or commercial products, but it can be found in some other kinds of asbestos-containing cements and insulation.