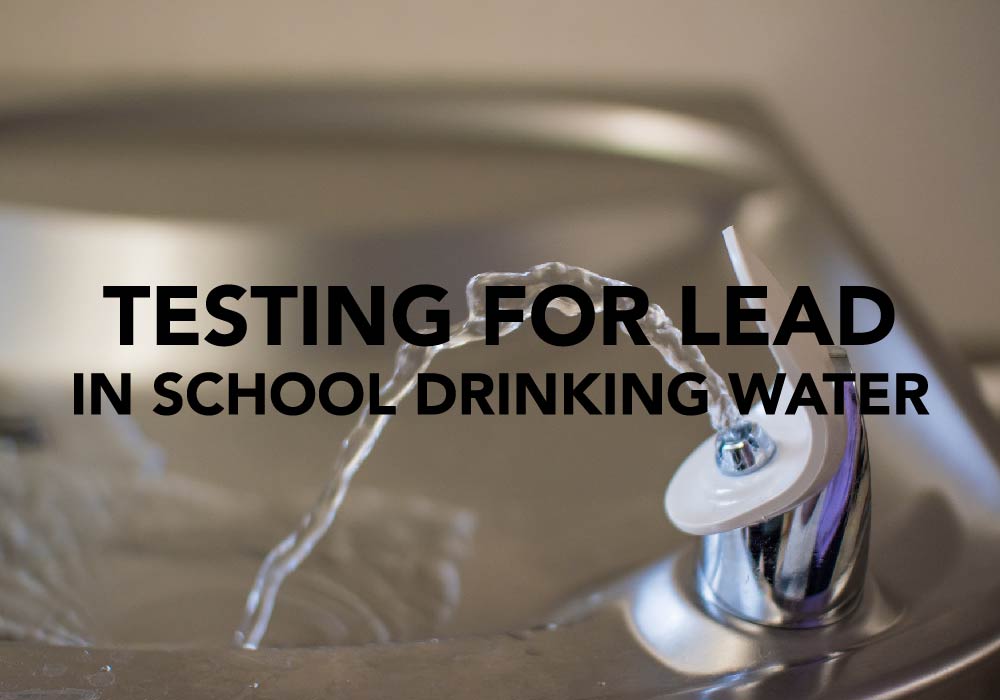 The Flint water crisis has been a daily battle for residents since reports of discoloration and atypical taste of water was first being widely reported in 2014. The amount of households affected in Flint is largely unknown, but what is certain is children all over the city have been put at risk for lead poisoning. The problem with drinking water contamination is not localized. All across the country, aging infrastructure poses risk for contaminating water. Since young people are especially vulnerable, schools across the nation are feeling an increased sense of urgency to detect and remedy any potential problems with their drinking water.

Health and Safety as a Priority

Health and safety of students and staff is an obvious top priority for schools. Older schools have legitimate cause for concern of water contamination, yet federal regulations only require 10% of schools nationwide to test their water. Moves are being made to change regulations on a state level, but until then, it is largely up to districts to decide whether or not to conduct testing.

One of the biggest, if not the biggest, hurdle for schools concerned about their drinking water is stringent budgetary restrictions. It can be extremely difficult to justify paying for voluntary water quality testing when things like teacher salaries and textbooks are on the line.

School administrators may feel daily pressure from outside sources like the media, parents, and staff members, which can act as a catalyst for making the decision to allocate part of the budget to water quality testing. Even without those driving forces, the unfortunate truth is that older infrastructure will eventually cause water quality problems. Being proactive on that front is almost always the best decision to be made for the sake of staff and students.

Younger children are especially vulnerable to elevated blood lead levels, but it can affect people of all ages.

Difficult to detect in early stages, lead poisoning can eventually lead to severe symptoms in children.

Adults are not as susceptible, but can still experience concerning symptoms.

EPA Action Level & Cause of Contamination

The action level for lead is 15 parts per billion (ppb). If lead is detected at any level higher than that, further action items are required. The EPA set the level based on the best available science which shows there is no safe level of exposure to lead.

Lead can enter tap water from corrosion of older fixtures or from connections in pipes. Schools can only know if students and staff are at risk by gathering information about the water source itself such as the faucet, sink, or water fountain.

Making the Decision to Test

“Budget cuts” is something heard far too often in the public school system, and is often the biggest challenge in deciding whether or not to conduct testing. In the light of the heightened awareness of lead in water, some states are beginning to offer assistance programs to schools to ease the blow.

The best thing schools can do for the health and safety of staff and students is to gather all pertinent information about their water source and use it to make an informed decision.

If hooked into a public water system, recent testing results are readily available. Schools themselves may still require testing, but the public results will indicate if the water is optimized for corrosion control and assist in further decision-making.

If sampling will be performed, a written sampling plan should be developed. It creates a picture of what will be done, helps facilitate communication with contractors, and relays the information to staff, parents, and students.

Part of an effective sampling plan is clearly laying out prioritized sampling location.

A general rule of thumb is to allocate the biggest part of your budget to sample potable water that is regularly consumed. The following recommendations are directly from EPA’s website:

Depending on the contractor who will conduct the testing, they may also be equipped to assist in developing the plan and advise on how to communicate the information to everyone involved.

Choosing a contractor trusted to do the work promptly, professionally, and reliably is essential. It is becoming increasingly common for  contracts to be awarded to the highest qualified contractors, taking the guesswork out of deciding who is really qualified to conduct testing. The decision of which one to choose is then left up to availability, rates, and preference.

Details of testing vary from contractor to contractor, but usually they will collect samples from potable water sources and send them off to a lab promptly. After the results are in, they will carefully analyze and report their professional recommendations for the best course of action.

Further decisions have to be made after testing is complete. Some things can be done immediately, and some are short and long-term measures. Contractors will be able to provide professional recommendations based on the existence and/or extent of contamination in potable water sources.

This nation was built with the intention to bring safe drinking water to all, and it has worked for centuries.  Even with the best intentions, crumbling infrastructure has come to a head, and it is up to us to ease the growing pains. We are far from having a completely safe infrastructure in place, but with every school that gets testing done and takes preventative measures moves us one step closer in that direction.

If you have questions about testing for lead, please contact us at hello@trimediaee.com.