Are the days of minor OSHA violation penalties over? 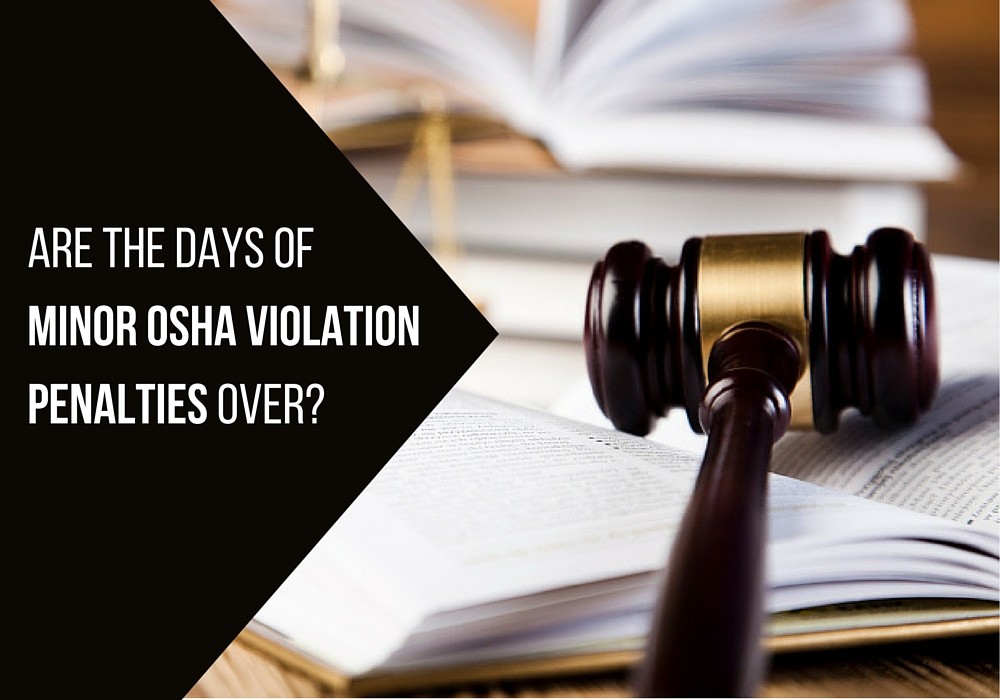 Major environmental disasters being prosecuted by the federal government is not an uncommon subject for news headlines these days. Prosecutions of this nature are relatively rare, but they do happen… and they are likely to start happening more frequently and will no longer be limited to environmental issues. The days of assuming that OSHA violations are relatively minor should be over.

According to the memoranda published by the Department of Justice on December 17, 2015, the fact that OSHA violations are misdemeanors with associated small ($10,000) fines and short (6 months) incarcerations could be “because these penalties have never been increased, there are only a handful of reported criminal prosecutions under the OSH Act each year (e.g., three in 2013).” However, other charges can often be applied in the context of OSHA violations, including giving false statements, obstruction of justice, witness tampering, and others.

This is not a new direction that will need time to engage effectively:  it has been in development for a decade, and now it is official. In fact, tor-pleads-guilty-to-lying-to-osha”>a Philadelphia roofing contractor pled guilty in a case structured under these new guidelines in December. He may face to up to 25 years in prison. How aggressively US attorneys pursue these cases remains to be seen; however, the Department of Justice is also strongly recommending that US attorneys liaison with state agencies based on regular overlap of state and local environmental/to-remember/” target=”_blank” rel=”noopener noreferrer”>worker protection regulations. While this may not lead to regular federal indictments, the Department of Justice background information indicates that it will make Environmental Crimes Section specialists available to other agencies.

The case against the roofing contractor is not an anomaly where the business was owned by an individual. The US Attorney’s Manual 5-11.114 states, “ … recognizing the fact that the unlawful acts or omissions of corporations actually can be traced to individual officers or employees. …  Prosecution of a corporation is not a substitute for the prosecution of criminally culpable individuals within or without the corporation. Because a corporation can act only through individuals, imposition of individual criminal liability may provide the strongest deterrent against future corporate wrongdoing. Only rarely should provable individual culpability not be pursued, even in the face of offers of corporate guilty pleas. Absent those very rare circumstances, prosecutors should not agree to accept a corporate guilty plea in exchange for non-prosecution or dismissal of charges against individual officers and employees.”

Based on the Department of Justice memoranda and the US Attorney’s Manual instruction, it becomes clear that the Department of Justice intends to vigorously prosecute criminal individuals involved in worker safety/exposure issues in addition to taking more traditional actions against companies. It is unlikely that OSHA violation penalties will be changed, because doing so requires legislative action. This announcement effectively increases OSHA violation penalties without taking legislative action, while leaving significant prosecutorial discretion.