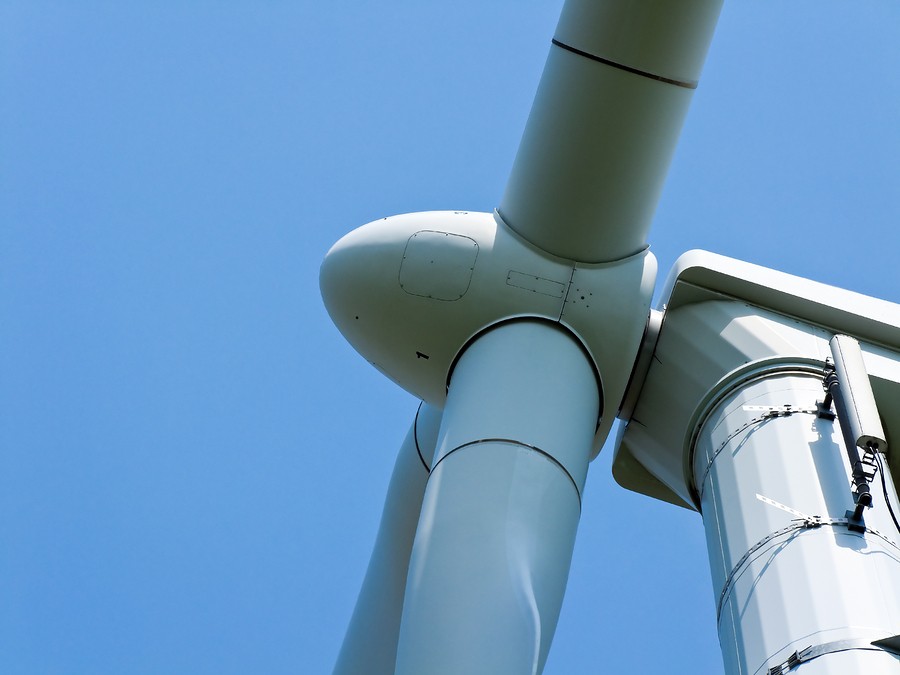 For a long time, mining wasn’t considered anything close to “clean” or “green.” However, tremendous strides have been made in the industry to make each step in a mine’s lifecycle better for the environment — and better for business. Today, the recognized benefits of sustainable mining are threefold: economic, environmental, and social.

Here are some companies prioritizing sustainability, fighting the stigma that mining can’t be environmentally responsible.

Rio Tinto’s Diavik Diamond Mine, located on a remote island in Canada’s Northwest Territories, is completely off the grid. So for a long time, the mine largely depended on diesel energy, which cost about $54 million USD ($70 million CAD) annually. To help offset the price tag of operating on diesel, in 2007, Rio Tinto launched a study to see if a wind farm could feasibly diversify their energy sources.

The Diavik Diamond Mine turned out to be an excellent location for a wind farm. In 2011, funding was approved, and Rio Tinto set out to design their first ever turbine project and the Northwest Territories’ first large-scale wind farm.

It took 60 truckloads to transport all the farm supplies to the island. The turbines were specifically designed to push wind technology to its limits — the farm operates in subarctic temperatures down to – 40℉/- 40℃ .

A world away in Australia, GMA Garnet is working towards 100% renewable energy, with a 3-megawatt wind and solar farm with battery storage paving the way. While GMA Garnet isn’t entirely off the grid, it’s certainly on the fringe, located about 75 miles (120 km) away from the nearest substation.

With a consistent power supply being so critical to mining activities, GMA Garnet decided to turn to renewables. In June 2017, GMA Garnet announced a partnership with Advanced Energy Resources (AER) to construct the farm.

Wind turbines have already arrived in Perth, and the full solar and wind project — complete with battery storage, a technology still being refined — is set to be commissioned in 2019. It’s estimated that the farm will immediately provide about 70% of the mine’s total energy needs, getting the mine well on its way to depending entirely on renewable energy. Each year, the project will generate enough energy to power 1,700 Australian homes and reduce the mine’s carbon footprint by around 5,500 tons (5,000 tonnes) of carbon dioxide.

Coal mining can be a dirty process, but CONSOL Energy Inc. is working to clean things up a bit. The energy company is developing processes to keep methane gas — a combustible and largely useless byproduct of coal mining — in check. Taking this environmental responsibility on has far-reaching implications, as coal mine methane is responsible for about 8% of total greenhouse gas emissions.

Before greenhouse gasses became a paramount concern in the industry, methane gas was simply pushed through the mine’s ventilation system. Now CONSOL Energy pulls the gasses out with a fan and sends it through heated ceramic. This process oxidizes the methane, producing carbon dioxide and water vapor to be released into the surrounding atmosphere.

The Holden Mine in Washington State was operational between 1938 and 1957, earning a spot as one of the largest copper operations in the country. Over its lifetime, the mine produced copper, by-product zinc, silver, and gold. After the mine’s closure, the site was a mess: 8.4 million tons (7.6 million tonnes) of mill tailings were placed on U.S. State Forest lands, and another 1.8 million tons (1.6 million tonnes) of tailings were put back into the mine. Waste rock was left behind. Over time, the soil, surface water, and groundwater in the vicinity became contaminated.

It wasn’t until the late 80s that the U.S. Forest Service uncovered the full extent of the environmental damage. In cooperation with the U.S. Environmental Protection Agency (EPA) and responsible parties, reclamation activities started in the mid-90s. Rio Tinto — which never operated the mine but claimed responsibility for cleanup after a series of acquisitions — began active reclamation in 2011.

The energy company committed to a three-year, $200 million ($154 million USD) project that included burying and capping historic mining materials as well as removing a minuscule amount of waste to be stored in a remote disposal site in accordance with federal regulations. The first phase was designed to last three years, but work continues to this day. Most recently, workers planted nearly 70,000 trees on the old mine site to restore vegetation.

As you can imagine, a massive mine cleanup has an enormous impact on the surrounding community, but what makes this project different is the outpouring of support for the cleanup. One resident said, “One of Holden Village’s core values is an understanding of the importance of renewal. That includes our surroundings and our relationships. It’s also our mission to be good stewards, and to have concern for our environment. This project resonates with our vision.”

Through these projects, it becomes clear that companies operating with a strong sense of environmental responsibility enjoy invaluable benefits. Rio Tinto is saving money and making a positive social impact, CONSOL is saving the environment, and GMA Garnet is moving the industry into the future of renewable energy.

The professional staff at TriMedia has been involved in historic mine reclamation and site repurposing for over 20 years. If you need assistance planning construction, operation, or site closure activities with a laser-focus on environmental responsibility, efficiency, and cost-effectiveness, contact our EHS experts today.